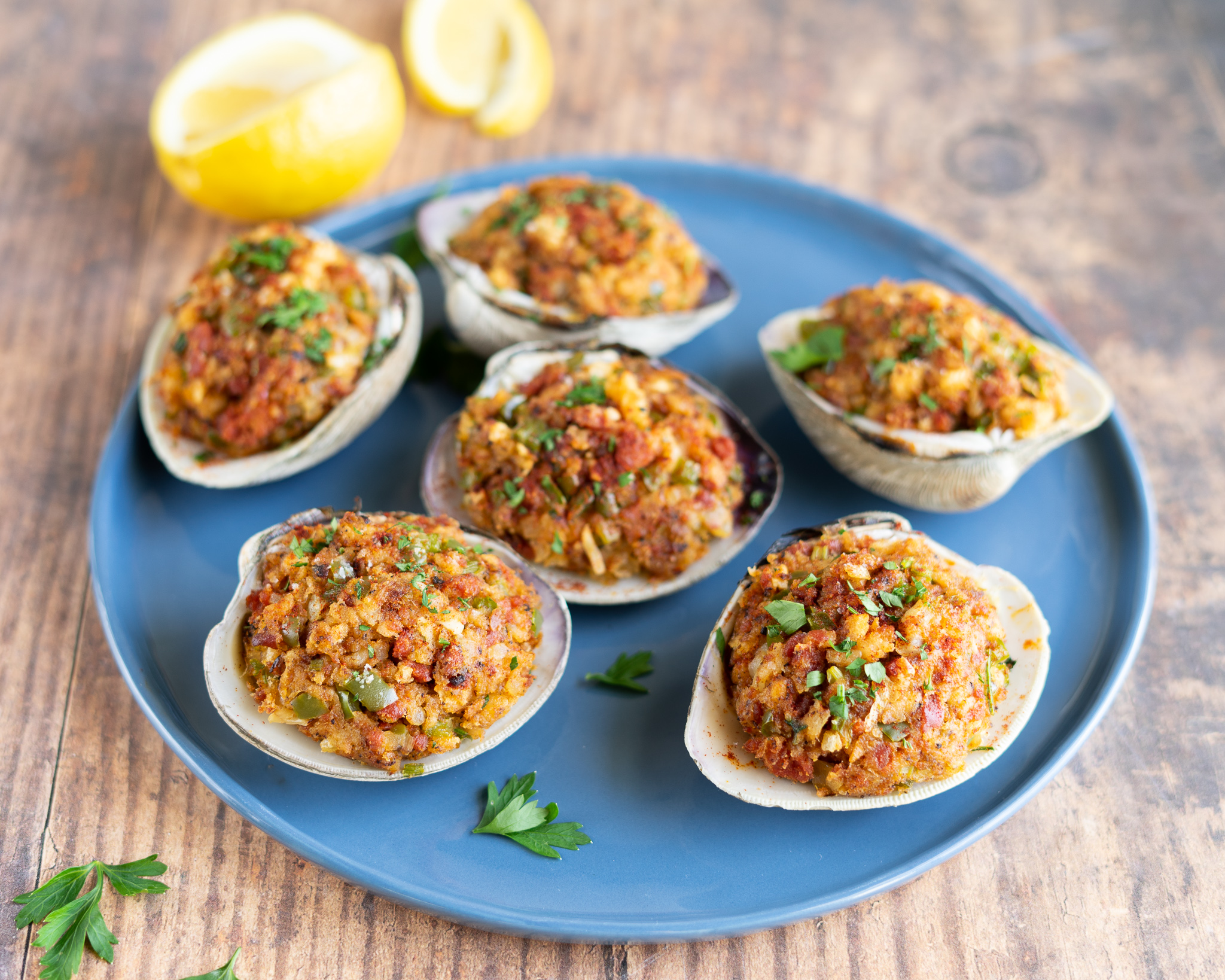 Here is our take on a New England classic recipe, Stuffed Quahogs (AKA Stuffies"). 🦪

Did you know that the name "quahog" is unique New England? The rest of the world refers to them as hard-shelled clams.

There is nothing like a fresh batch of Stuffed Quahogs after a beach day. Our recipe includes a quick, homemade, flavorful stuffing filled with freshly shucked clams. Because of Rhode Island's Portuguese influence, we also added Portuguese chourico sausage to our stuffing mixture.

Use the recipe below to make this staple summer New England recipe. 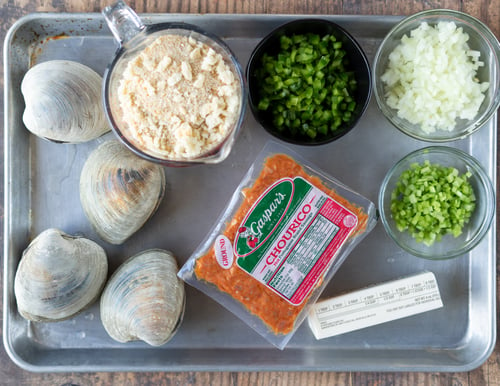 1. Soak and wash clams. Scrubbing to get any sand off. While they are soaking, blitz stale bread in a food processor until large bread crumbs form. Set aside.

2. Place clams in a single layer in a large pot. Add water until it reaches the back hinges of the clams. Bring water to a low simmer and cover with a lid. Steam for about 5-10 minutes until the clam shells begin to open. Once they open, remove from the water and let cool enough to handle. While cooling, remove 1 1/2 cup of clam broth to save for later.

3. Using a pouty sheers or a clam knife, cut through the back hinges of the clam. Once opened, remove inside meat of clams and finely chop. Set aside.

5. Place clam shells (split in half) on baking sheet. Use about 1/4 of a cup of stuffing mixture per clam shell half. Brush stuffing tops with melted butter.

6. Bake for 10-12 minutes or until the tops are golden brown. Garnish with smoked paprika, chopped parsley, and lemon. Enjoy!