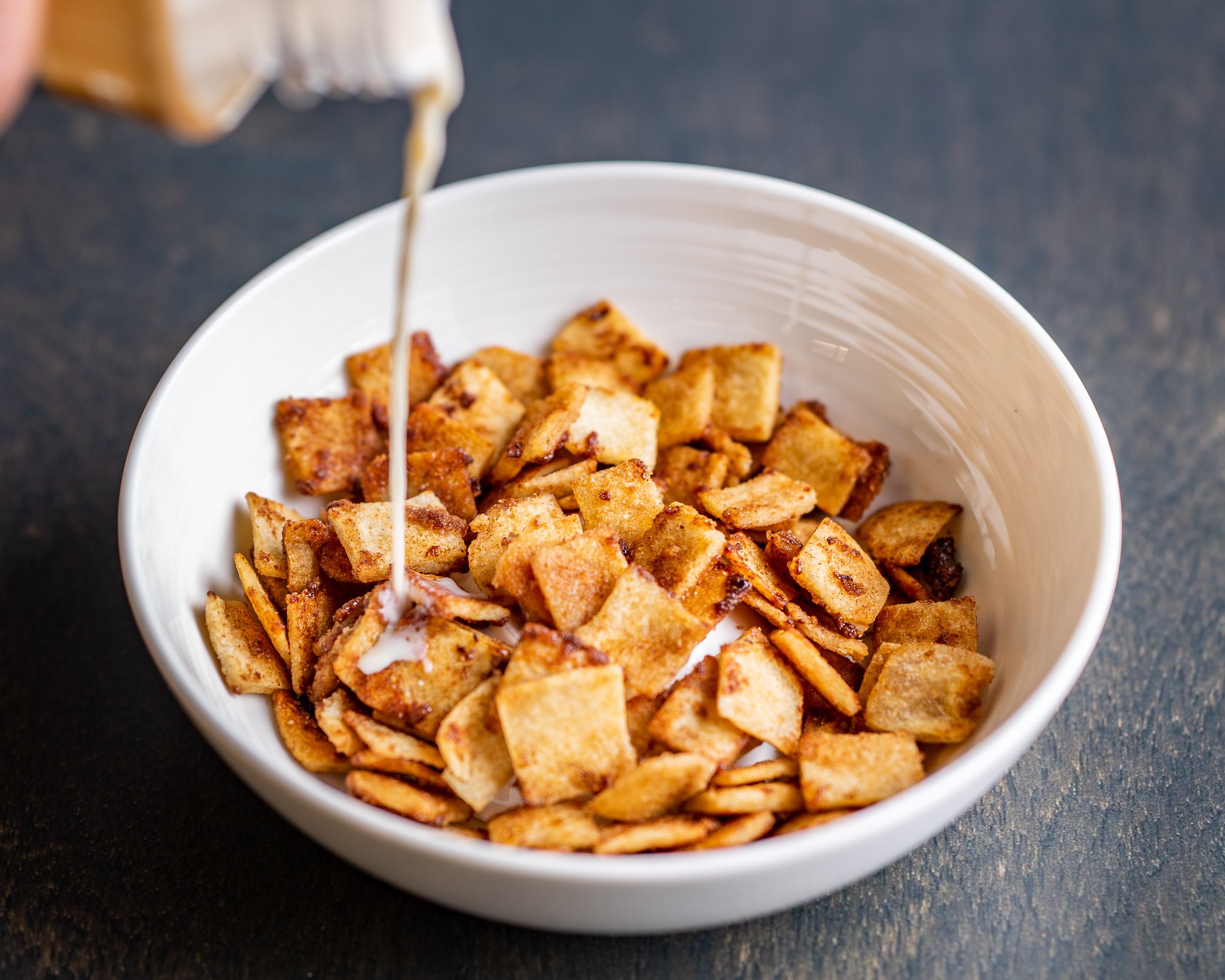 Did you know you can make Cinnamon Toast Crunch Cereal from scratch? We tried it...and it works!

Your kiddos will LOVE this homemade version and it's easy enough to make along with them. It's healthier than store-bought—less sugar, less processed, and more delicious! Plus, its process won't take more than 20 minutes.

Homemade Cinnamon Toast Crunch
Directions
1. Cut off the crust of the bread. Using a rolling pin, roll out each slice until it is about 1/16-inch thick.
2. Now, cut your thin bread slices into 1" squares. Set aside. Mix together your cinnamon and sugar, set that aside.
3. Heat a medium pan with butter. Once the butter is melted, add bread and toast for 3 minutes. Sprinkle your cinnamon sugar mixture on top and toss for another 5 minutes or until toasted to your liking.
4. Let cool. Serve with your milk of choice and enjoy!