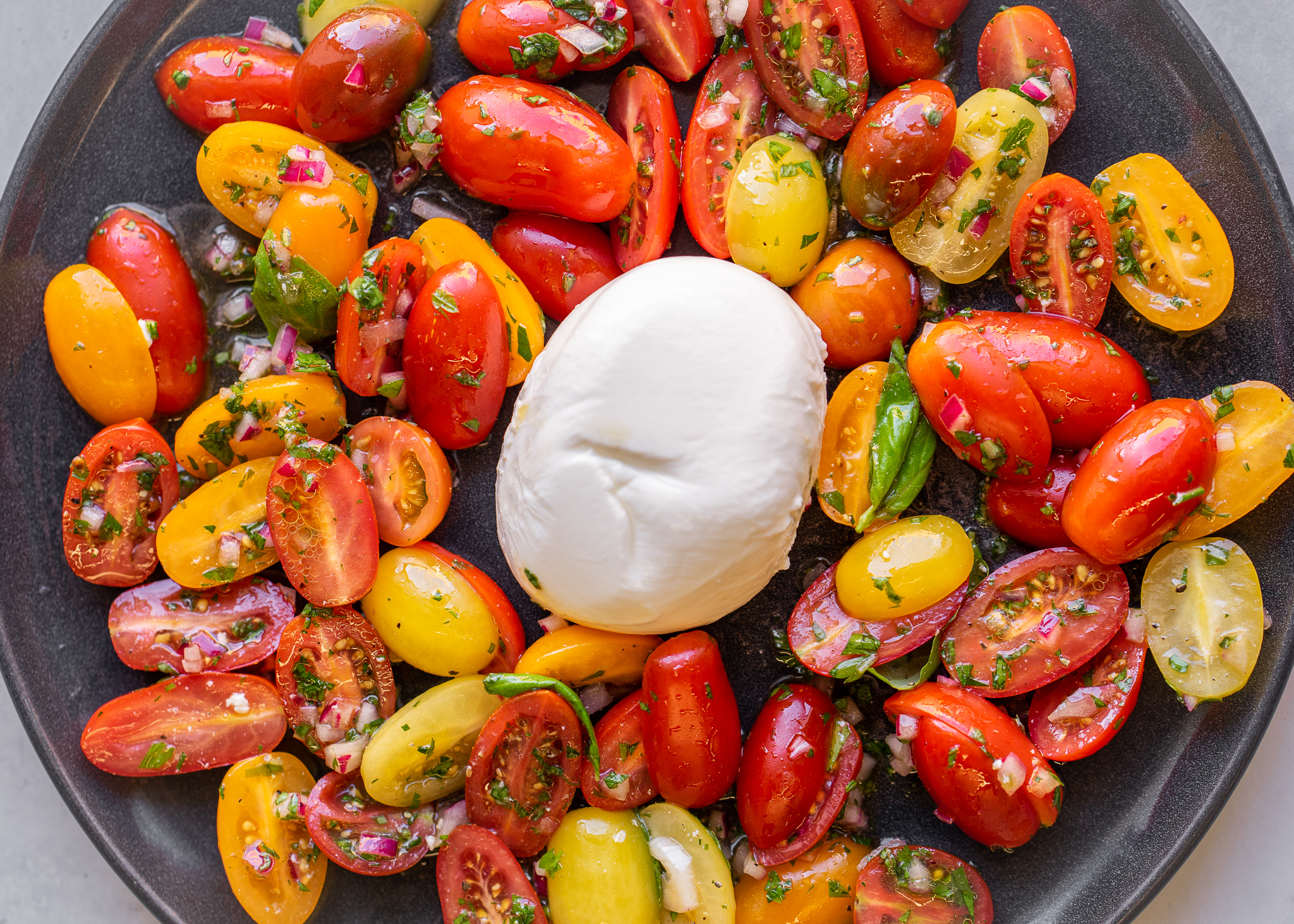 While we head toward the final weeks of tomato season—don't miss the chance to try this straightforward recipe with farm-fresh cherry tomatoes and silky burrata cheese. 🍅 ⁠

Haven't tried burrata cheese before? It's a semisoft Italian cheese made from mozzarella and cream and stracciatella. It's a must-try!

Marinated Tomatoes & Burrata
Directions
1. Preheat oven to 400°F. Meanwhile, slice the baguette and lay sliced on a sheet tray with 1 - 2 tbsp oil and 1/2 tsp salt. Bake until golden, about 10 minutes.
2. In a bowl whisk together the remaining olive oil and salt, red wine vinegar, red onion, parsley, basil, and black pepper. Once emulsified, add in the tomatoes.
3. Serve on a plate with burrata cheese, tomatoes, and toasted baguette. Whatever marinade is left in the bowl from the tomatoes, pour on top of the cheese.
4. Enjoy a slice of bread with a dollop of cheese and some tomatoes!